Riyadh – Mubasher: The Saudi Public Investment Fund announced today, Tuesday, the appointment of two deputy governors, Yasser bin Othman Al-Rumayyan; This is after the Board of Directors approved the updated organizational structure of the fund.

The Sovereign Fund of the Kingdom of Saudi Arabia said, in a statement, that it was decided to appoint Turki bin Abdulrahman Al-Nuwaiser as head of the General Department for International Investments, and Yazid bin Abdulrahman Al-Hamid as head of the General Department for Middle East and North African Investments, as deputy governors. To be delegated to some of the current administrative committees on behalf of the fund’s governor, stressing that there will be no change in the functional reference of the governor..

He continued: It will also strengthen the fund’s governance system, serve to guide its investment strategies locally and internationally, and achieve its stated goals in the fund’s strategy 2021-2025, as the fund aims to increase the size of its assets under management to more than 4 trillion riyals by 2025, and invest at least 150 billion riyals annually in the local economy during the same period, reinforcing its role as one of the largest and most influential sovereign wealth funds in the world.

The Public Investment Fund clarified that Turki Al-Nuwaiser has held the position of Head of the General Department for International Investments since 2016, where he was able to implement the investment strategy of his management in many asset classes in various countries of the world.

Prior to joining the fund, Al-Nuwaiser held several leadership positions in Saudi institutions, including Saudi Fransi Capital, in which he led asset management, and previously worked at Morgan Stanley. In addition to his membership in the Fund’s Administrative and Investment Committee, Al-Nuwaiser also represents the Fund. He sits on the boards of a number of companies in which the fund invests, including Lucid Motors, Noon Investment Company, and the Saudi Information Technology Company. (SITE)Sanabil Investments, Inc., and Hapag Lloyd I-G Inc (Hapag-Lloyd AG). 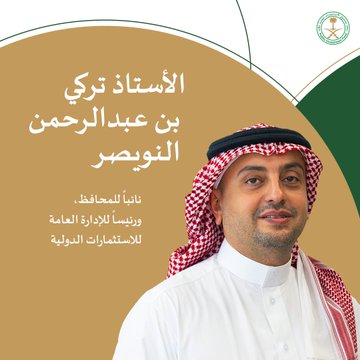 And the Sovereign Fund added that Yazid Al-Humayd will occupy the position of Head of the General Administration of Middle East and North Africa Investments, thus expanding the work of its management, and it is managed by two of the most important investment portfolios of the Fund, in addition to its important role in establishing and developing promising strategic sectors in the Kingdom. 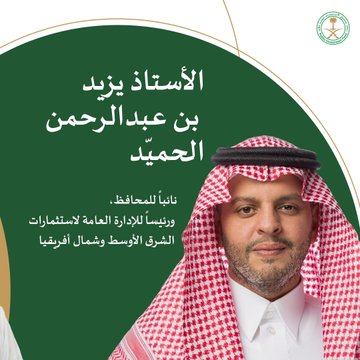 The Public Investment Fund is the main driver of the Saudi economic transformation within the Kingdom’s Vision 2030, as the fund has achieved rapid growth since the adoption of its previous organizational structure in 2018.

The number of employees of the Public Investment Fund increased from 40 employees in 2016 to more than 1,100 employees today.

The fund was able to increase its assets under management to 1.6 trillion riyals, and invested approximately 311 billion riyals in the local economy, in addition to creating more than 331,000 direct and indirect job opportunities during the same period..

How do you protect your savings and bank data when using your mada card?

Saudi Arabia: No shipment of vegetables and fruits can enter the Kingdom without prior permission

News 24 | After the decision of Islamic affairs.. the return of the Koran to the mosques of the Kingdom (video and photos)

How does the Fed’s decision affect the Saudi market?

Iran: The nuclear deal negotiations may end soon..and our hands are stretched out for Saudi Arabia’s return to the arms of the region

Saudi Arabia.. Arrest of 3 people, including a foreigner, who hunted a mountain eagle despite the ban

Saudi Arabia climbs to the top with three goals in the...

The most useful food for diabetics

News 24 | Al-Farraj clarifies the reality of stopping the matches...

After unpacking the camera records … what happened to a resident...

Samsung announces an event on September 1 to reveal the details...