The Chinese company, Oppo, for the first time in its history, managed to become the largest manufacturer of smartphones in China, surpassing the former owner of this title Huawei, as well as the giant Xiaomi company that was also placed on the blacklist for trade cooperation, and OPPO is distinguished by a number of phones The middle class recently launched like Oppo A94 phone .
Gadgets 360 The Oppo A94 phone One of the best mid-range phones that was launched, where the phone has a cheap price compared to its good capabilities, as it contains a large capacity battery with a number of cameras with good accuracy in addition to the excellent performance of the phone, and the following are the price and full specifications For Oppo A94 phone :

For photography enthusiasts, Oppo A94 offers a total of five cameras, a 32-megapixel front camera for selfies, with a 48-megapixel main quad rear camera, an 8-megapixel wide-angle lens, and two 2-megapixel sensors for depth and macro photography.

The Oppo A94 phone works with a Helio P95 processor, with 6 GB of RAM, 128 GB of internal storage memory, expandable by external microSD memory cards, It is available in black, silver and purple colors, and the smartphone works with the ColorOS 11.1 user interface, based on the Android 11 operating system. 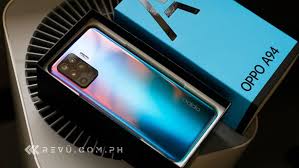 The Oppo A94 phone contains a 4310 mAh battery that supports 30-watt fast charging technology, charged via the USB-C port, and the phone features an in-screen fingerprint scanner, with a 3.5 mm headphone jack.

SpaceX launches a new batch of its satellites into space soon

SpaceX launches a new batch of its satellites into space soon

Brought to you @@..Realme 9 Pro plus giant price and specifications

Ancient mammoth tusks discovered 10,000 feet deep in the ocean off the coast of California

Leaks reveal the specifications of the new “Vivo” phone

News 24 | Learn about the most prominent trees that...

US National Public Radio: Mars … the Earth’s destination this summer...

Watch .. Donia Batmeh dances with Hussein Al Jasmi, next to...

“Players without Borders – From Saudi Arabia” launches the “Make and...