Club manager finished Real Madrid The crisis of reducing the salaries of football and basketball players, after negotiations that continued for 5 days with the elements of the two teams.

European clubs suffered heavy losses due to the cessation of sports activity in various countries since last March, which forced some clubs to resort to reducing the salaries of their players, led by Barcelona, ​​who reduced 70% of their salaries.

And Real Madrid announced, through its official website, on Wednesday, to reduce the salaries of football and basketball players, as well as members of technical staff, by between 10% and 20%.

The statement indicated that the salaries of the club’s senior management will be reduced, along with some employees, given the bad condition that Real Madrid is going through because of this epidemic.

Real Madrid initially tended not to prejudice the salaries of its players, but the management of the Royal Club was unable to abide by the decision after it became clear that the cessation of sports activity will continue for a period of time not as a result of the outbreak of the Coruna virus.

The Spanish newspaper “Marca” confirmed that the Real Madrid administration began talking to its players about the reduction of salaries for the first time last Friday.

The newspaper pointed out that Jose Angel Sanchez, the club’s general manager, was responsible for starting negotiations, and on Monday he reached the necessity of saving 100 million euros in the case of canceling the season, and 50 million if it is completed. 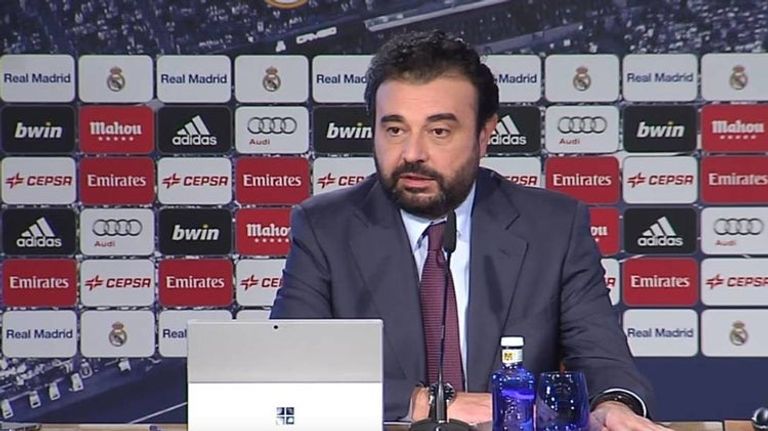 Florentino Perez, Real Madrid president, conveyed the details to Sergio Ramos, captain of the football team, who had a video meeting with the players to discuss the matter.

Real players initially demanded a 5% reduction in salaries once the season is completed, but Ramos led negotiations to raise that percentage.

In the end, Real Madrid players were convinced to agree to a 10% reduction if the current season was completed and 20% if it was canceled, after negotiations that continued for 5 days.

Real Madrid in the footsteps of Barcelona

Real Madrid has become the fifth Spanish club to cut the salaries of employees players due to the financial crisis they are suffering due to the spread of Corona virus.

Barcelona was the first Spanish club to resort to this item, as it reduced 70% of the salaries of its players, before being followed by clubs Espanyol, Atletico Madrid and Seville. 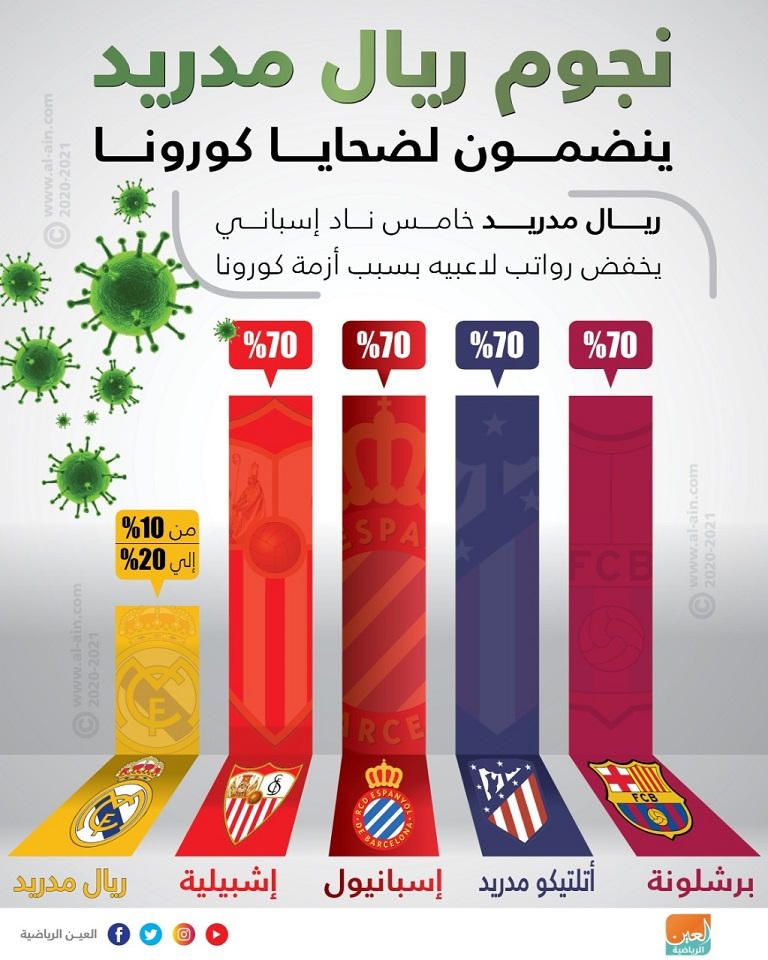 In Italy, Juventus players agreed to reduce their salaries by 30% in order to help the club overcome the financial crisis.

Southampton has also become the first club to cut salaries in the Premier League, without disclosing the percentage.

The financial crisis of “La Liga”

Like the rest of the leagues, the Spanish league was at the forefront of the competitions expected to lose a lot of money due to stopping in light of the spread of the Corona virus.

The newspaper “Marca” said that the Spanish League will lose about 957 million euros if the competition is not completed during the current season.

This number will be reduced to 648 million if the competition is completed with the attendance of the fans, while 303.4 will be in the absence of the fans. 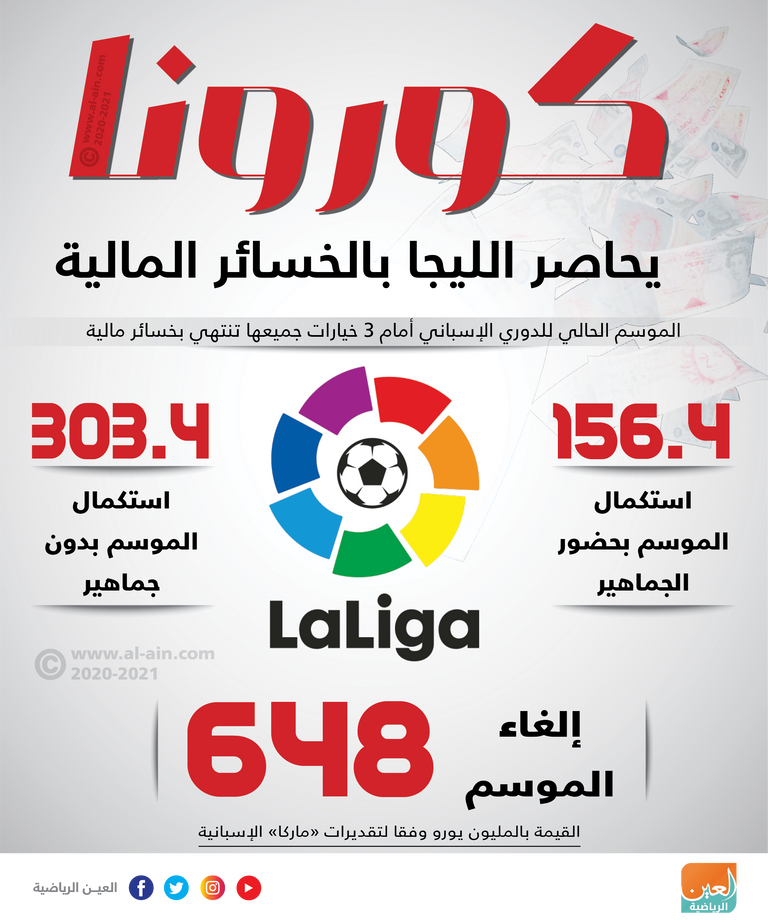 Euro 2020 .. Germany is looking to qualify for the “motivated” Hungary today

Highlights of the match between Croatia and Scotland

The date, carrier channels and commentator of the Portugal-France match today in Euro 2020

The Italian Federation rejects criticism of the national team players

How did Eriksen react to Denmark’s exciting qualification to the Round of 16?

“WhatsApp” will stop working on some phones by 2021

Roland Garros: Kenin reaches the semi-finals for the first time in...

A historic decision by Apple for iPhone users

Curricula and the health of a Palestinian detainee … New human...

“Aldar Properties” sells all units of the “Noia Loma” project in...